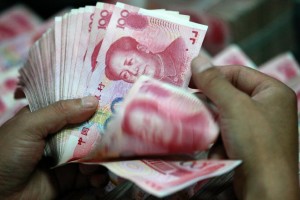 Here we are at another end of another year where as we look in the rear view mirror,  we see that there were A LOT of events that we missed. More importantly, events they were purposely de-emphasized by the Establishment US Media.

As events around the world and within the nation happen at more quickening pace that have an impact on our lives it becomes more imperative that we the People receive information that we can trust to be true in order for us to make the best decisions.  It would be a great help if the elected officials work harder to create educational systems that stress the 3 R’s rather than political correctness and secularism, so that we can be comprehend and decipher events; Encourage economic conditions that  inspire businesses to freely create and invest their capital and create jobs, so that America can become a world beacon for economic development; Become economically solvent so not to be financially prostituted, so the government doesn’t have to surrender our nation’s economic jewels due to its lack of integrity;  and stand on the Judeo-Christian principles upon which this nation was founded.  But if the people do not demand this from the government creatures, then we get the government that we get.

America Anxiously Awaits To Hear From A US President Who Boldly Speaks To Defend... U.S Politics: Stupid Is The New Cool
Scroll to top