Is it just me, or is it that the sports world and Establishment Media seems to be grossly bending over backwards to accommodate NFL San Francisco’s backup quarterback Colin Kaepernick’s inexplicable public protest of the United States’ flag and refusal to stand during the National Anthem at the start of games?  They say that they’re respecting Mr. Kaepernick’s right to “freedom of speech”.  But a very good argument can be made that Mr. Kaepernick is just the latest pawn in a treacherous game that is being played at a much higher level than most, maybe himself included, can begin to imagine; with stakes immensely greater than the supposed oppression of Blacks in America by the police and American society that Mr. Kaepernnick, and the other Kaepernickers, are supposed to be giving voice to, as he cashes in his ONE HUNDRED MILLION DOLLAR PLUS contract, as a person of the black-American community, living in America.

Even as Mr. Kaepernick sinks further to the end of the 49ers bench as the regular season begins, his actions have started a ripple that has swept up the youngest of our society to detach themselves from the traditional expression of reverence for the nation’s symbol and to no longer stand for the nation’s anthem1.  His actions have given excuse for others to blatantly disrespect the flag by stealing it, burning it, and preforming acts of desecration. His actions have succeeded in further dividing the nation that over the past 7 plus years has become more divided than in the 1960’s, not only racially, but religiously, ethnically, economically, sexual orientation, and by gender.  The nation’s borders, and the very notion of the rule of law, are being eradicated.  Our dominate religion, Christianity,  is being abolished from the public square.  Our traditions and culture, such as Christmas celebrations and even taking pride in our nation’s tradition of exceptionalism are being called culturally offensive. Our nation’s Founder’s and cultural heroes are being called racist. And now Kaepernicking is even being displayed by a woman on the U.S National Soccer team, Megan Rapinoe, while on foreign soil2.  The very things that have woven us together over the past 200 plus years, through the bad and good times – secured and respected national borders, our common language [English], the recognition that Christianity is the national religion, that the Founders and heroes of our great nation are to be revered, and the respect of the dominant symbols of the nation, the nation’s flag and the nation’s anthem, are all being shredded before our eyes. The vast number of participants of the nation’s degradation may be acting with no malice intent are being used for a grander purpose that is totally unknown to them.

What even the most casual observer must ask is what were Kaepernicks true motives when he ignited this controversy that was not so high on his radar last year, or any of the 5 years that he has been in the NFL?  From where I look around him, over 60% of the NFL is composed of black-Americans and the lowest NFL average salary is still over $1 Million3.  Black oppression?  According to the latest U.S Census there are over 5 Million black-Americans with incomes of over $60,000, while the nation average is approx. $40,000.  Black oppression4?  Even the poorest American would not trade places with any other poor person anywhere in the world, whether he is black or white. Let’s get real.  Blacks are not being overtly oppressed in this nation; particularly by law enforcers. We have greater freedoms than in any other nation. A lot of what ills the black community is self-inflicted driven largely not by the lack of opportunity to economic access, but by unwise and uneducated life choices that greatly hinder their access to economic freedom; most of which stem from the irrational love affair with the Democrat Party.

I am not attempting to say that this nation does not have issues when it comes to the black-American community, and other minority communities.  But the real issues of the distress in the Black community is not being addressed by the antics of Kaepernick.  If it was not for the millions of dollars backing social disturbance groups such as “Black-Lives Matters”, by men like extreme Liberal Progressive and huge Democrat backer George Soros, chances are this protest of so-called black oppression, particularly regarding law enforcers, would be given scant or any notice at all5. 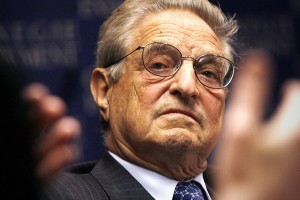 There are some serious issues that are having devastating effects on the Black community that do deserve some REAL attention such as:

Just to name a few.

Do you not think that these issues may cause some negative consequences?  Do you think that they may cause even the most well-intended, God-fearing people to just go off?!

Question is, why aren’t these issues being protested Mr. Kaepernick, the Kaepernickers, or Black Lives Matters with George’s millions, hummm?  If they REALLY want to help the Black community.  The oppression of the Black community is not so much external or results of conflicts with law enforcers as it is internal and the results of generations of Democrat and extreme Progressive’s social engineering.

These are real issues that if honestly addressed would go a long way in relieving the extreme pressures and produce a better black-American community and better a America.  But these are not meant to be given a high-profile voice that would be blasted on nearly every sports program and discussed on Establishment Media programs.

The powers-that-be know how to drive a large segment of the American public into an emotional frenzy, involve it in sports, put it on ESPN.  The summer of Black Lives Matter is behind us.  The great Community Organizer is near the end of his reign to engineer social hysteria and divide America.  And Mr. Kaepernick and the Kaepernickers will be mental vapers by summer 2017.  But children, and too many adults, who falsely idolize sports figures today more than many of them idolize their parents will be the real lasting collateral and so too will the nation’s common identity.  Mr. Kaepernick, and others in his position, could be using his vaulted stage to force light on real troubles in the black-American community, of which is he is a part of.  He could be assisting in starting a REAL conversation, to address a REAL issue, to possibly solve a REAL issue. But something tells me that the NFL nor the Establishment would be as accommodating for such a constructive exercise of free speech.