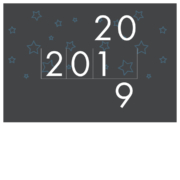 In 2019 we saw the U.S Establishment Media continue it’s unprecedented political rage against the president of the United States, Donald Trump, while being totally disinterested in real news such as the economic implosion of socialist Venezuela and the communist China annihilation of Millions of people due to their religion, and that the U.S/American economy is roaring unlike any time in recent history.