So then it really should not come as any surprise when you look at the current attempts by the Mass Establishment Media, both in America and the world, to create the news and force the viewers and consumers of its reporting to think what it wants us to. the News Media Frankenstein is a creature that has grown into something that many average Americans could not have imagined back before the sixties and who’s massive power and influence is mentally on fathomable today.  This beast has to be constantly fed via commercial dollars rather than just focus on delivering honest news and information.   And the power by which it can control, manipulate, and influence the society could no longer be left in the hands of many small and local dissemination stations.

END_OF_DOCUMENT_TOKEN_TO_BE_REPLACED 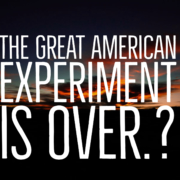 So today, on the eve of the day of the once-great nation’s independence, we have the government imposing its will over the people who created it.  The government is shutting down and crippling the nation’s economy irrevocably supposedly due to a minor virus and gets away with saying that the safety and security of the collective trumps that of the right of the individual.  Subsequently, as the economy declines due to the government’s actions to restrict the freedoms and liberties of the individual and the mighty energy that is created by a free people and that has dominated all other nations since America’s creation, there’s the stifling air of appeasement and capitulation growing. The popularity of the nanny state becomes more enticing and alluring to more citizens like a cyst that grows and grows until there is no longer any room for freedom in the body that once gave it life.