A February 16, 2009 Newsweek cover page prophetically read, “We Are All Socialist Now”. It ushered in the election Barack Obama as the president of the United States. In retrospect , it should have had an exclamation mark at the end of the statement. They seemed to have foreseen what many of us only had nightmares of. Unfortunately not the majority of us.

Last week at their first debate to decide who would be their Party’s choice to lead the nation for the next 4 years, the Democrats had their chance to sit at the grown-ups table to express their vision of the nation. But all they could do is demand for more candy and ice cream, without ever mentioning how to pay for it, but knew it would not be them. Their basic theme centered around the notion of the so-called haves verses the so-called have nots, i.e., increasing the minimum wage or giving illegal immigrants “free” education and citizenship, growing government, i.e., giving everyone “free” education and taxing the “rich”, and restricting personal liberties, i.e., barring lawful citizens from acquiring guns.  Not one of the issues they harped on addresses what the majority of Americans rate as even relatively important.  There was no resemblance of Democrat President John Kennedy’s mantra, “Ask not what your country can do for you, but ask what you can do for your country.”  The words Constitution, freedom, self-responsibility, and God were seemingly banished, as well.

According to a recent Rasmussen Poll, a whopping 69% of Americans believe that the nation is headed in the wrong direction. Overall, approximately 35% of Americans see the economy as important [General Economy-13%, Jobs/Unemployment-9%, & the Federal Debt-3%]. And approximately 70% view “non-economic” issues as important [ Dissatisfaction with of government topping the list at 14%, Immigration/Illegal-Aliens-6%, and Ethics/Moral/Religious Decline-5%], according to Gallop.com. As the Democrat President wannabes demonstratively championed the need for more government power taking the guns away from law-abiding citizens and expanding entitlements, a poll taken by Gallop tells us that 6 out of 10 Americans believe that government already has too much power.

One has to keep in mind that when Democrat politicians talk about growing government they are not talking to America at-large, but to its minority base. According to a recent Gallop Poll, nearly 60% of those identifying themselves as Democrats favor an expanded government role in their lives, i.e., more welfare, more of a nanny state, more socialistic policies from government. It is not the desire of the majority of Americans.  It is just that it is the base of the Dems that are creating the most noise and disturbance that’s garnering them the most attention.

Under Democrat President Obama’s Administration the poverty role has skyrocketed by a staggering 13 million citizens. And ever since Democrat President Lyndon Johnson engaged the federal government in the so-called war on poverty over some 50 years ago, the poverty rate has only dropped from 19% to 15%. In a recent Census Report, an astonishing 1 out 3 American families are considered the “working poor”. Many of them are Black and of Latin descent. Prime voter targets for Democrats politicians. Remember it was Democrat House majority Leader, and former House Speaker, Nancy Pelosi who made the asinine statement, “unemployment benefits remain one of the best ways to grow the economy in a very immediate way.” Can you imagine if a Republican made such an intellectually insulting statement remaining in any high political regard? Anything that the government gives to one citizen, it has taken from another. Only private enterprise can grow the economy.

The notion of “Big Brother” and bigger government is better government is not only held by politicians with a “D” after their names. This ideology is closely associated with that of Progressives. Teddy Roosevelt, a Republican, was the first Progressive. Many can effectively argue that former Presidents Nixon, H.W and G.W Bush were also Republican Progressives. G.W expanded government to make Teddy blush.

Americans are not organically compatible with the ideals nor principles of Socialism nor Communism, of which the Democrat party is closely intertwined, according to theDailyCaller.com, or Progressivism. We can be conditioned to accept it under extreme duress due to increased cost of living and stagnant/declining wages, psychological manipulation via an unchecked Media Complex, and a government educational system that teaches more of how to place a condom on a cucumber and how everyone is “equal”, rather than the 7 Sciences and the true roles of government and the people in a Constitutional Republic. That is why you don’t hear honest talk of improving the nation’s economy and the standard of living, decreasing the burden of government, or applying high moral standards to governmental policies from Democrats nor Republican Progressives. That is how they get their power. This is how they stay in power.

It was 1930’s-40’s Socialist Presidential Candidate Norman Thomas who infamously said, “The American people will never knowingly adopt Socialism. But under the name of ‘liberalism’ they will adopt every fragment of the Socialist program, until one day America will be a Socialist nation, without knowing how it happened.”

It is only when the true grown up majority demand the nation drastically cut sweets and consume more veggies.  That those who know that real strength and prosperity comes from high personal responsibility, high moral values, and limited government, as our Founders desired, are no longer muted, muffled and restrained will this nation achieve its true greatness. At the end of the day, it is up to us to determine our destiny.

The Great Stealth Depression Continues: Is It Time For A Return To Normalcy...Again?

Can Anarchy Be Far In America When The U.S Government Blatantly Disregards The Rule of Law With Impunity?

The American People Are Being Served As Dinner By Both Parties Of The United States Government, Again!

Another Black-American Youth Is Dead: Why Is Obama and the Democrats Getting A Pass On The Critical State Of American Blacks And The Economy By The Establishment Media?

The voters who blindly married Obama in 2009 should be beginning to believe the rumors.
3 Comments
Oldest
Newest Most Voted
Inline Feedbacks
View all comments

I every time emailed this webpage post page to all my associates, as if like to read it after that my links will too. Dewa Poker http://feraripoker.com/

It was a pleasure discovering your site a short while ago. I arrived here this day hoping to learn something new. And I was not upset. Your ideas in new solutions on this subject matter were helpful and a wonderful help to me. Thank you for making time to create these things along with sharing your notions.

The information mentioned in the article are a number of the very best accessible.

The American and European Border Crisis: The Alinsky-Piven Strategy Threatens... 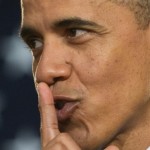 America Is Still Conservative and Republican in 2015, Despite U.S Government’s...
Scroll to top wpDiscuz