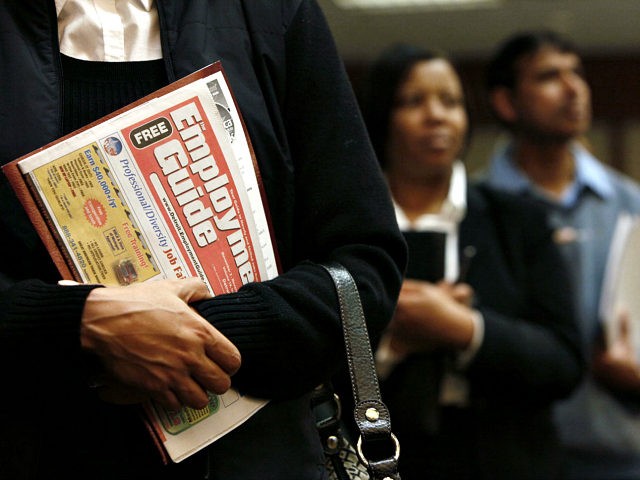 Currently, the U.S Customs & Border Security is reporting that it apprehended north of 350,000 immigrants entering America illegally at the southern borders during the period in the Fiscal Year 2019 that ended in March; only 361,087 were apprehending all of FY 2018 and 303,916 in FY 2017.  In March alone, there were over 103,000 apprehensions.  Prior to this dubious milestone, the highest months total was only 66,842 set back in October FY 2017.   Over the past two fiscal annual periods, there were a total of 396,579 in ’18 and 303,916 in ’17.  That is TOTAL!  And let’s keep in mind that of the 350,000 apprehended, 189,584 were “families” (representing either a child under 18 years old, parent or legal guardian).  Also, keep in mind that these are the numbers of those who are caught illegally coming into the country, not including the ones who slip through. With the fervent insistence from the Democrat Party in D.C, a policy of “Catch and Release” on steroids is in full effect that according to a March report by brietbart.com, “In one instance, ICE union officials said between 500 to 700 border crossers were brought to an ICE border office by Border Patrol agents on a daily basis “for the sole purpose of serving the release document” that will allow the migrants to be released into the country.”  And that was just in March!  That one instance!  Let that marinate in your heads for a tic.  That is 190,000 (rounded up) “families”, times say just 2 people, that is now 380,000 people easy just when you count “families”.  Again, that is just in one month.

The Democrats are pushing every bill and changing every law that they can from coast to coast, both at the federal level to the local level, even if it tramples over existing laws to benefit the illegal immigrants from south of the border. Many of you may be surprised that while you are raiding your retirement savings to get your child into a college out of state, theblaze.com reported in April that currently 18 States allow people who are in the country illegally to get in-state tuition rates to go to college.  There have been “sanctuary” cities and even sanctuary States, such as California, established to shield people who are in the country illegally from federal law enforcement – nevermind that they commit a disproportionate amount of crime.

The question that is going mostly unexamined by the Media is where are all of these people who are entering the country largely unprocessed, uneducated, and unskilled ending up once they get to Pass Go and collect $100 with a Get Out Of Jail Free Card?  And maybe even more important, what segment of the legal domestic American population that is going to be most negatively affected by the unprecedented influx of these people?  Even the most passive observer doesn’t have to search far for the answer.  It is the one segment that votes robotically over 95% for the Democrat Party year after year after year – the black-American community.  The washingtonexaminer.com reported, “Decades of illegal immigration have set back the economic fortunes of African American men, robbing jobs and wages and even playing a role in low marriage rates and putting more blacks in jail, according to a commissioner with the U.S. Civil Rights Commission.”  An earlier report by usillegalaliens.com sounded the alarm by reporting, “The National Academy of Science reported in Dropping Out – Immigrant Entry and Native Exit from the Labor Market, 2000-2005 that from 1980 to 1995 there was a 44% of the decline in the real wages of high school dropouts as a result of immigration. Since Black and Hispanics Americans lead the statistics in dropping out of high school this means that illegal aliens affect these two groups the greatest and is a great contributor to the high unemployment rate in this segment of the population… “In some cases the influx of immigrants has allowed native-born workers to move up the ladder. But in all too many other instances, mass immigration has moved American workers off the ladder entirely, particularly Black Americans. According to a report by the National Academy of Sciences done during the economic boom of the late-1990s, the dramatic rise in immigration was a direct cause of dramatic declines in jobs and income for Americans with a high school education or less… Blacks have made the greatest economic advances during periods of low immigration, while economic conditions have stagnated or regressed during period of high immigration.”  I know that this may appear to be in sharp contradiction to the rosy reports of historic high employment rates among Black and Hispanic youths, but if they are getting hired for less money for the job due to a suppressed wage market, is that a step up economically or back?

Did the Democrat Party offer a seat to representatives of the black-American community to discuss the gross negative effect that the influx of illegal immigrants would have on the pockets of its community and its ability to move into the Middle-Class? How about taking steps to dramatically curb Black male dropout high school rates by offering an alternative vocational path or educational vouchers?  During the massive nearly 24/7 reporting of the separation of some 2,000 illegal immigrants children from their parents for attempting to enter the country illegally was there any meeting of members of the Democrat Party and the Black community to discuss a resolution of the reported of 20,000 American children who have been separated from their parents who broke the law, as reported by washingtonexaminer.com?

During the eight years of Barack Obama, the first true African-American U.S President, when he was vociferously championing the plight of the “Dreamers” and rights of illegal immigrants how often did you hear him as passionately champion the community that he was said to be part of and of who’s back he road into office twice to gain a greater economic advantage?… I’ll wait.

One of my favorite quotes is credited to Afghani Novelist Khaled Hosseini who prophetically said, “Nothing happens in a vacuum in life: every action has a series of consequences, and sometimes it takes a long time to fully understand the consequences of our actions.”

The colossal influx of illegal immigration is not a zero-sum game nor void of consequences.  The fact that numerous federal laws are being violated with impunity and the once generally accepted rule of fairness and the rule of law is being cast away is going to have a consequence inevitably.  The total cost of illegal immigration for the United States – at the federal, state, and local levels – was approximately $116 Billion, according to fairus.org.  The government has to make up this money from somewhere folks.  Even if the federal government has to print more money that money is coming from the bank account the government holds for the benefit of the American people and U.S taxpayers that inevitably has to be put back.  Let’s remember that the government DOES NOT create wealth.  It only takes wealth from one American and U.S Taxpayers and redistributes it to another. That $166 BILLION redistribution to benefit people who are not in the country legally will result today in increased taxes and reduced quality in services or the total elimination of them is the consequence for the legal domestic population.  The flood of thousands and thousands of low-skilled workers into the nation’s workforce who are largely low educated, low-skilled, and willing and able to work for less than the general domestic legal citizen population, and who can later bring more of their family members, via chain-migration, who may be of the same quality, and at the same time who generally are blatantly given privileged treatment by the justice system, is going to produce a consequence of suppressed wage growth, quality of life, and living standards.  For the black-American community, they are at ground zero and the political party – the Democrat Party – that they have supported in mass for more than 60 years with nothing to show for it but a gross dependency on government.  And it is that Party that is the main source of the community’s further economic subjugation.  And it is all for the benefit of illegal immigrants to enter the nation so the Democrat Party can gain another dependent voting block.  But, if the black-American community doesn’t change its political approach, the consequence for it is not going to work out well.

When is murder not murder? When the human being is in the womb. 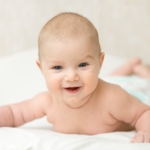 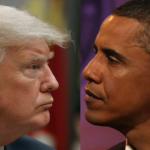 The Media Unabashedly Disrobes To Show It’s Left Bias In Treatment Of...
Scroll to top