“No society can exist unless the laws are respected to a certain degree. The safest way to make laws respected is to make them respectable. When law and morality contradict each other, the citizen has the cruel alternative of either losing his moral sense or losing his respect for the law…”1800’s French political economist and author of The Law Frederic Bastiat

As I look at futuristic movies, such as Mad Max Beyond Thunderdome and The Book of Eli, I always notice two apparent ingredients; there’s little or no moral integrity amongst the people and they have little or no respect for the rule of law. In short there’s a breakdown in social order. As I continually witness the federal Administration either unilaterally change laws to suit its agenda or blatantly subverting or ignoring its own laws and the Constitution with seemingly no or little care of retribution – either politically or from the citizenry, and the subsequent subconscious or conscious reaction by the American people to begin themselves ignoring and or subverting laws and customs of our society, the question that one must ask how far is all out lawless?

The most recent acts by the U.S Administration, via the Democratically dominated Senate, is to unilaterally make the vote of those represented by Senate Republicans virtually irrelevant with the so-called “Nuclear Option” in order to get Mr. O’s controversial judicial appointments through. And then the Administration decides in order to help the chances of the Democrats in the 2014 Elections, Mr. O decides to once again moves a deadline in the Affordable Care Act, i.e, Obamacare. This time he moves the deadline for employers to become compliant with Obamacare from the first of 2014 to the first of 2015. In October he unilaterally moved the deadline for individuals to have signed up for coverage for Obamacare from February to March. But the Affordable Care Act was signed into law nearly 3 years ago! It is law! Signed, sealed, and delivered! How is it that he can just wake up and change it, whether it be for political reasons, or any other, without any input from Congress? The answer…because Congress and the people of America and the United States allow him to. Can you imagine the shit storm that would have come about if Reagan or G.W would have in any way sought to alter their tax cuts to benefit Republicans and make themselves look better? It would have been UUUUGLY!

I am not saying that Mr. O is the first President or government official to play loose with the implementation of our laws, but no president has done it so brazenly. And with Mr. O, there has been deafening silence and or quiet acquiescence by the Establishment Media and the Elite Republicans. But lets not forget other laws that proved to be not worth enforcing by the nation’s head Executive:

Mediaiet.com reported a December 3, 2013 congressional committee hearing, constitutional limits imposed on the presidency and the implications of President Barack Obama’s disregard for implementing the Affordable Care Act as written, one expert testified that the consequences of the president’s behavior were potentially grave. He said that the precedent set by Obama could eventually lead to an armed revolt against the federal government.  Lets not forget that Mr. O, as all presidents have done, swore an oath to that he would faithfully execute the Office of President of the United States, and will to the best of his ability, preserve, protect and defend the Constitution of the United States. I don’t see any ambiguity here.

An argument can be said the law is truth. If law is supposed to be the truth and the highest enforcer and defender of the truth/law willfully ignores or circumvents it and or its process, then it [the law/truth] must be a lie/not lawful. Right?

The psychological effects of witnessing the highest seat of power in our nation blatantly and repeatedly disregarding his oath to execute laws with impunity helps to decrease trust in the nation’s government, not and trust in our neighbors as well. We are observing an Administration on a mission to initiate legalized plunder, transferring from one group of citizens – whether it be rights, privileges, property, or wealth – to another citizen like no other man to sit in the seat of the Presidency, even at the expense of America’s future prosperity. And he is doing this right in front of our stunned and bewildered eyes with barely a hint of genuine opposition visible. Frederic Bastiat described legal plunder to be, “Quite simply. See if the law takes from some persons what belongs to them, and gives it to other persons to whom it does not belong. See if the law benefits one citizen at the expense of another by doing what the citizen himself cannot do without committing a crime.”

When the chief Executive of our nation is allowed to choose what laws to enforce, what Constitutional provisions to adhere to, do we truly have law? If the government allows people to stay in our country illegally and grant them benefits that are prohibited to our own citizens, how can we say that is right? If the government decides to change the definition of what marriage is, therefore violating the very principles and customs upon which this nation has long rested without any true justification, other than political, how can we say that is right? If we can not trust the highest law enforcer and executive to respect and enforce our laws, who can we turn to honestly enforce our laws? How can we tell our children that honesty, being truthful, and being of good character are of the of highest moral traits when they openly see dishonesty and moral debauchery being so richly rewarded? Should we be truly surprised when we hear even the youngest of our citizens disrespecting authority or grounds that prior generations would dare to tread? And at what point should we no longer look for the government to protect us or be honest with us? Movies such as Mad Max do not have to be depictions of our nation’s future…unless we choose for it to be.

Let’s say that we were going to prepare our District for de facto anarchy? | Mark Bruns

[…] Can Anarchy Be Far In America When The U.S Government Blatantly Disregards The Rule of Law With Impu… (projectthirdiopened.com) […]

Americanism Is At Risk Of Becoming An Extinct Concept To The Next Generation... 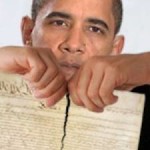 Why Are Obama’s Recent Actions And Comments A Surprise Regarding Wealth...
Scroll to top wpDiscuz