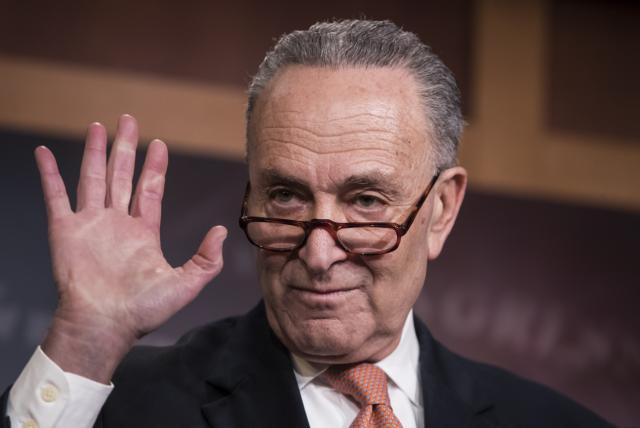 Last Friday evening the Democrats, and a sprinkle of Republicans-In-Name-Only, rejected a resolution that had already been okayed in the House to fund the federal government for an additional four weeks.  What was the reason for such a dramatic and demonstrative stance?  Was it to show their traditional aversion to military spending and draw attention to the expense of the approximately 134 nations that the military of the U.S government is involved in? Nope.  Was it to draw public attention to the fact that Americans are getting dumber and dumber academically as the U.S has fallen to a new low of 40th in math literacy, 25th in science literacy, and 24th in reading literacy, amongst other nations according the latest report by the Program for International Student Assessment (PISA)?  Nope, Nope.  Was it to champion the group of constituents who like myrmidons mindlessly vote them into office, the American blacks, and shine attention on their plight by demanding that something be done to reverse the black-American education drop-out rate and over representation in the penal system?  They didn’t do that in 8 years of a African-American President, so nope, nope, and nope! So, what political hill did nearly the whole federal Democrat Party see as so important to publicly die on?  The approximately 700,000 unauthorized, i.e., illegal, immigrants who were brought into the country as minors, primarily from Mexico and Latin America, or were born of people who were in the country unauthorized, i.e., illegally, under the Deferred Action for Childhood Arrivals [DACA].  No joke.

It needs to be remembered the unspoken fact is that federal laws have been broken, if not by the DACA kids themselves, certainly by their parents, and by anyone who has aided their illegal presence in the country.  The Federal Immigration and Nationality Act Section 8 USC 1324(a)(1)(A)(iv)(b)(iii), already makes it a crime for anyone to encourage illegal immigration in any way, “Any person who . . . encourages or induces an alien to . . . reside . . . knowing or in reckless disregard of the fact that such . . . residence is . . . in violation of law, shall be punished as provided . . . for each alien in respect to whom such a violation occurs . .. fined under title 18 . . . imprisoned not more than 5 years, or both.”    So is it [ the federal government] is simply in a rush to further legitimize an blatant illegal act over a largely complacent and apathetic populace?

I always say in politics, it’s never about nobility, or the warm and fuzzy – it’s always about the money.

No one is honestly of the mind that these 700,000 plus children of illegal immigrants are going to be rounded up and unceremoniously sent south by I.C.E. Most developed nations allow illegals, after a period of years demonstrating that they are not a drain on the economy or a criminal, a path to resident-alien-like citizenship. After all they did break the law. And most nations, such as England, Switzerland, and Australia, don’t allow just anyone to immigrant and become legal immigrants without proving that they will be a benefit of the nation.  But, the U.S government seems determined to grant these benefactors of an blatant illegal act the platinum metal prize of FULL U.S citizenship.  Even the most passive observer must ask, why has the federal government been so hellbent in getting these people in the country and are doing everything in it’s power to keep here, even breaking it’s own laws and at the expense of social harmony?

It needs to be remembered that president Trump has already stated that he is in favor of DACA being made permanent in some form.  So why the kabuki theatre with all of the colored smoke of distraction?  The democrats need a new permanent underclass citizenry to kiss their rings for another 10 generations. At least, that’s their plan.  Also, with DACA, as well as any other update or change to the federal government’s immigration laws, it won’t be solely to benefit immigrants from south of the border, but ALL immigrants, legal and illegal.

One fact that the Media is not reporting on as the cause of the social distress and discourse; the U.S is in a period of negative birthrate. According the a recent NYTimes.com report, American women between 15-44 years of age are having fewer and fewer babies.  And the ironic thing about this is that Planned Parenthood intentionally kills nearly 900 Americans in the womb every day and over 300,000 American babies annually.  And the ethnic demographic group having the most abortions, black-Americans, are being replaced by black immigrants.  Couple this with the fact that the largest demographics in the country, the baby boomers, are retiring and are dying off.  The economic engine of the corporate United States need more workers, more people paying taxes, more bodies to insure it’s salvation.  It is not only the U.S that is going through this mass demographic shift.  If you look around at every other industrialized nation you will notice that they too are seeking replacements for their depleting domestic population. According to a recent report by the Pew Research Center, in America the fastest growing population is the immigrant population, both legal and illegal, led by a massive surge in Hispanic immigrants.

The Democrat Party don’t love Hispanics or illegal immigrant children so much that they feel they must take such dramatic steps, as shutting down the nation’s government.  Trump is not going to do everything in his power, just as his past two predecessors, to have as many foreigners, particularly if they are highly fertile and are reproducing, into the country as quickly as he can if it was not to benefit the survival of the U.S corporate integrity. Is it not necessarily about making America the best that it can be.  The government creatures know what areas the country are deficient in.  They could call a news conference and plaster every news publication for every citizen to see and inform us of the truth about our dire situation and challenge us to do better, marshal the nation’s institutions – educational, social, and economical – to do better, and make government policies that encourages productive behaviors – socially and economically – for the good of the nation; similar to what JFK did.  But, they do not; neither party.  The only difference between the ideologies of the two political parties is that the democrats are looking for more immigrants to live off the privileges of the government and the republicans are looking for more immigrants that produce revenue for the government.  But at the end of the day, from the government perspective, it is not personal, it is strictly business.  It is strictly about the money.

Why Is Americanism On Life-Supports?

Why Are We Not Looking At What The True Cause Of The Measles Outbreak?

Uproar Over Trump’s Tax Law Is Evidence Of An Economically Illiterate... 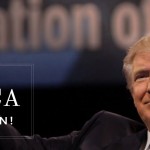 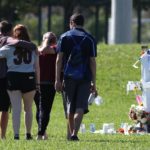