The lightening quick resignation/firing of newly hired Mozilla CEO Brendan Eich is only the latest disturbing sign of the Progressive Liberal’s publicly execution of anyone who dares to claim opposition to their point of view.  What was the crime that meant that his head should be put on display to forewarn any others who dare to come down his path of free expression?  He contributed $1000 to California Proposition 8, that dared to declare that marriage should be defined as between a man and a woman.  Shut da front door!!  Oh by the way, the measure passed overwhelming, and was only rejected by a grossly overreaching Federal Circuit Court declaring that the voices of the people does not matter regarding matters that it [the government] wants to promote.

But this is not the first time in history in which the government sought to silence descending or opposing points of view.  Remember throughout Nazi Germany, with the SS Brown Shirts, and totalitarian/communist nations, such as China and North Korea, where friends, family members, and coworkers are literally turned into government informants, and the citizens are conditioned to self-sensor their actions and words so as not to appear out of step with the conformist population and suffer the wrath of the government.  To the point that hardly anyone dares to speak publicly against the actions or motives of the government or whatever the current politically correct attitude is of the time. Even in the Bible, the story of King Nebuchadnezzar and  Shadrach, Meshach, and Abednego, where the king mandated everyone bow down and willfully submit to his wishes and to be blindly worshiped, or violators would be cast in a burning furnace. When Shadrach, Meshach, and Abednego openly refused his demands, they were arrested and thrown into the burning furnace for all others to take notice if they too dared disobey the kings demands or wishes.

History has shown us that one of the first things that a tyrant, or a government that seeks to rule of its citizens, is to suppress and or control speech and the flow of communication amongst the people.  And the Founders of this great nation were all too conscious of such tragic episodes in history.  So they placed the freedom of speech as the very first Amendment to the Constitution for the united States of America.  Ironically, it was placed right along with restraining the government from interfering in the free exercise of a citizen’s religious.  At the end of the day, the free expression of religion, particularly that of Christendom, is what all of this dust up is about.  Just as in the Phil Robertson’s, of the A & E Duck Dynasty Reality TV show, brouhaha  over his personal belief that marriage is defined in the Bible as being between a man and a woman.  Period!  We are supposed to be fruitful and multiply, i.e., to procreate according to the Bible.  And though I’m not a biology whiz by any measure, two men nor two women can procreate.  But since the end game is to fundamentally transform this nation into something that it was never designed to become, to detach it, and it’s people, from its Christian foundation, any semblance or representation of Christendom has to abolished from public view and of any relevance.

In order to carry out this grand deception, freedom of speech has to be contorted, suppressed, manipulated, and or extracted, except when it promotes the governments needs,and the truth to made into a lie.  If the government says that a woman can correctly raise a child absent a man, than anyone else who says otherwise is now wrong.  If the government says that the Negro people are inferior to Caucasians and should be made subservient to them, anyone who says otherwise is wrong.  If the government says that Christendom should be detached from the lives of the citizenry for the sake of not “offending” someone, than anyone else who says otherwise is wrong.  And if the government mandates that marriage shall now be defined openly to include those of the same sex, than anyone who does not bow to that way of thinking is now wrong.  And the best way to infuse compliance throughout the population is a public lynching, execution, or burning in a furnace for the populace to be warned of the consequences of noncompliance.  It does not matter of what political party’s affiliation that prescribes such policy.  It only matter if such policy is designed to encourage more freedom, or less freedom.

Tyranny does not have to come via direct brute force, but by gentle coercion and the redefining of truth and right.  Today truth and right is being redefined under the guise of “tolerance”.  Particularly during the past 6 years or so, to publicly show favor of anything traditionally American, whether it be our language, our history, our flag, our laws, customs, values, or religious principles, has been redefined as being intolerable in defense of that of anothers.  Conservative political commentator Erick Erickson truthfully stated, “Evil Preaches Tolerance Until It Is Dominant, Then Seeks to Silence Good.”

True freedom is defined, “The quality or state of being free: as the absence of necessity, coercion, or constraint in choice or action.”  The Founders knew all too well the crucial importance of the people being able to speak freely amongst each other, to be able to disseminate information without fear of government reprisals, manipulation, coercion, or intimidation.  That is why a free and unadulterated press was also placed in the first Amendment.

If we began to self-censor what we say or how we communicate to each other to the point that we only publicly display actions or say things simply because its what others want to see or hear, it stifles freedom and opens the way for government to come off its leash.  1700’s French author and writer, Voltaire, famously said, “I do not agree with what you have to say, but I’ll defend to the death your right to say it.”  The freedom of speech does not shield you from being offended or having bad things said to you.  I remember back in the day, there was a saying, “Sticks and stones may break my bones, words will never hurt me.”  As an individual though I may not like what you say or do, or the manner by which chose to act, I can not stop you by force for speaking nor acting in any way.  But, the government can, whether it be directly, via standing near you with his hand on his gun, or indirectly, via public policy enactments, laws, or decrees.  So long as one is not infringing upon another’s right to his of her life, liberty, or property/pursuit of happiness, it should not manner.  We have gotten to a disturbing point in this country that we a self-censoring our thoughts so as not to commit a crime.  Founder Ben Franklin so warned us, “Without freedom of thought there can be no such thing as wisdom; and no such thing as public liberty without freedom of speech.”

The choice is ours.

Justice Echoes The Alarm Of Lost Heritage of Freedom: It's Just Too Bad That She's Not A Superstar Athlete or Entertainer

Has America Lost It's Moral Clarity?

America Has Morally Gone Astray. The Founders Warned Us. 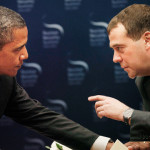