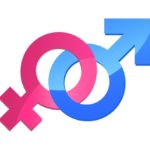 I recently read on Campusreform.org, “The University of California, Riverside (UCR) may soon become one of the first universities in the country to implement a mandatory gender studies program on campus.”  I wasn’t aware that the genders had any difficulty studying each other.  In fact, I thought that we were trying the discourage so much studying amongst the genders.  Maybe it’s just me.  But, what struck me even more was that of the 300 courses offered by UCR, one included one on masculinity.  So, we have reached a point in this country, with all of the social and political dysfunction, that colleges are requiring courses not in civics, not in the U.S Constitution, certainly not in critical thinking, but in studying genderfication and masculinity. Really?!

But this extreme bazaar focus on hyped-social engineering in the nation’s halls of supposed higher learning, that expands from mandatory courses in social and gender diversity, social justice, to courses on “White Privilege”, doesn’t seek genuine debate or genuine understanding of the issues involved.  It doesn’t seek to compare nor defend it’s position on it’s merits nor principles to which that is prevalent.  It does seek instead to forcibly replace, directly or indirectly, long-standing majority accepted ideology, traditions, and beliefs, to which it is in strict conflict, largely by way of the educational and Media complex.  But all of these societal initiatives directly attacks what I call America’s Masculine Ego.

As I have stated before, it is important to define words properly to know the proper context. Masculine relates to strength. Masculine is to be aggressive. At times, masculine is to view things in a more cold calculating manner. Masculine is to be more assertive and rigidly self-determined, even at the risk of being wrong. But, more than anything, the masculine-dominant will seek to defend and protect his and himself first, irregardless of what others may think, and favors personal security above all else.

To properly understand the severe relevance of America’s Masculine Ego one must know, understand, and have reverence for this nation’s exceptional history of self-governance, ideal of rugged-individualism and self-reliance, it’s fundamental belief that the God-bestowed rights of the individual are superior to the rights or privileges of the group granted to them by the government, and it’s staunch belief in the Judaeo-Christian teaching that male is the head and strength of the family.  The American Constitutional-Republican form of government is unlike, and in sharp contrast, to that of a Socialist or Communist government that lean towards a collective-minded populace, a nanny-state, in which the government power and authority is supreme, i.e. a feminine-dominant ego; in that the people have chosen to surrender personal liberties and freedom for the benefit of the community, via the government.

The purposeful suppression of masculinity in America and the feminization of our culture shows it’s drastic negative effects throughout the society.  In the family: Fewer children are raised in a home with a male. According to Pew Research, “While in the early 1960s babies typically arrived within a marriage, today fully four-in-ten births occur to women who are single or living with a non-marital partner.”  This has been most acute in the Black-American community, over 54% [which I believe to be very generous] of children without a positive male role model, or any male, in the home and are less likely to have a positive view of traditional marriage.  Socially: To artificially suppress a young male’s natural aggressiveness and energies, he is not encouraged to get out and play or exercise more to release his natural aggressive energies, instead he is being drugged.  According to 2014 Esquire.com article, entitled Drugging of the American Boy, “By the time they reach high school, nearly 20 percent of all American boys will be diagnosed with ADHD. Millions of those boys will be prescribed a powerful stimulant to “normalize” them.”  It has gotten so extreme for the need to drug young boys that government schools are forcefully removing elementary boys from non-compliant parents, such was the case in Ohio as reported by theBlaze.com on April 12,2017.

In the gross cascading rush to “gender-neutrality”, via vehicles such as the Lesbian, Gay, Bi, & Transgender [LGBT] movement, it is more often than not that the male persona is depicted by the Media as the figure that is transforming into the female, and not a female into the male.  In the Entertainment Complex the male is more often shown in drag, or dressed as a women. Coupled with the suffocating weight of the insane imposition of unchained political correctness, that forbids any opposition to the political Progressive agenda, the feminine-ego’s perceived dominance over that of the masculine is visualized with impunity and without rebuttal.  And with the massive aid of the complicit Media, the population comprising less than 3% of the nation, the LGBT community, as reported by thewashingtonpost.com July 15, 2014, is shown to be that of population over 50% to the intellectually uninitiated populace, in particularly the youth.

The cultural emasculation of America is dominating the political arena as well. From the forced compilation of the Boy Scouts of America to allow homosexual men to be Scout Leaders, the redefining of marriage by the government to no longer be strictly between that of one man and one woman, to the reaction of president Donald Trump, alpha-man personified, and his stated position of “America First” and his public denouncement of the Paris Climate Treaty Agreement, that is favored by 195 predominately socialist, communist, tyrannical government-led nations.  This treaty agreement would have had the U.S surrendering economic assets for the benefit of less industrialized nations, at great cost to America in economic freedoms, i.e., quality and standard of living, due to massive regulatory burdens required, according to thehill.com 6/7/17.

America’s Masculine Ego has made it the world’s dominate leader, while making up only 5% of the world’s population.  It has been the lone beacon for those seeking freedom from an over-burdensome government and freedom to see their dreams realized since it’s creation. With the nation’s fundamental belief in the tenets of Judaeo-Christianity, in the superior rights of the individual over that of the collective, and self-reliance and independence, future historians will hold as evidence our exceptional existence was due to our dominant Masculine-Ego.  I too fear that those same historians will hold as evidence our demise be due to our surrender of it.

The Public Lynching of Bill O’Reily Is Continuation Of The Abolishment... 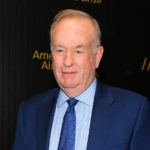 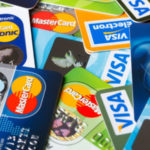 The Silent Imposition of An Cashless American Society Will Be The Final Nail...
Scroll to top