Ok I’m going to get into the Duck Dynasty fiasco as it’s viewed in the rear view mirror. It left me asking some questions mostly. First, Mr. Phil Robertson made it quite clear that he was speaking for himself and his personal point of view. And he quoted directly from the Bible regarding homosexuality. While a MSNBC host publicly, on the air, stating wanting to defecate in the mouth of former governor and presidential candidate Sandra Palin … but that’s a non-issue? If it was truly a matter of discrimination and intolerance, than expressing pride in one’s heterosexualness would be just as viciously defended by the same people. After all it’s about being treated “equally”. Right?

If one were to truly analyze the whole dust-up over what Mr. Robertson said and the context in which he said it you may conclude that his comment wasn’t the main issue. What he said, if said a mere twenty, or even ten years ago would have only gotten scant attention. And it would have been viewed positively more than negative I dare say simply because he would have been stating something based on what the majority of Americans already hold as cautionary fact, Biblical principles.  And it would not have been viewed via such irrational politically correct prisms. He quoted the Bible in public as a prominent celebrity, of one of the most popular cable shows in history. Probably if he had said that women should have as many children as they wanted-without a man-and that they should strive to take more traditionally male roles he probably would have been praised. But he quoted the Bible in a Liberal venue against the exaggerated popularity of homosexuality’s cultural equalization to that of heterosexuality.

But I don’t even see the views on homosexuality as the totality of the gross negative reaction to Mr. Robertson’s statement of his personal views. But that he publicly endorsed and represented old fashion masculinity, both in what he said and his stance that he would not be moved from that position, come what may. In today’s cultural assault on the very idea of what a man is and or should be, in order to turn the very word masculine into hate speech, he made it clear, that based on his interpretation of Biblical scripture, a man should only be with a woman, and a woman only be with a man. The push to equate, or even supplant, heterosexuality with that of homosexuality and to engineer a socially secular society, where there are no societal absolutes, can not succeed with a dominate masculine or a traditionally American family culture or society.

So, what was really the target of the venomous hate?  It was not Mr. Robertson. It certainly had nothing to do with tolerance, intolerance, equality, nor inequality. The real target was Christendom. And why did the advocates and proponents of groups such as GLAAD [Gay & Lesbian Alliance Against Defamation] lose? Because despite the long fight to abolish Christianity and the tenets of Christendom from the consciousness of the American people, still the majority of which, though too often silent, recognizes the truth behind the very principles upon which this great nation was founded still holds true.

Christianity and Christians are not just catching hell here in America for their principles and beliefs, but too in the Middle East and throughout Europe. Traditional Western Culture is under assault in ways that would have seem unfathomable just a couple of generations ago.  Whether we are being assaulted and persecuted by radical Islamist or radical Secularist, there has been, and is, a silent war being waged against Christendom all over the world. What the firestorm over Mr. Robertson’s comments did, and his subsequent victory, was to put the battle on front street for all to see that there is an eternal effort to suppress and eliminate Christianity in every form from our society.

The tenets and principles of Christianity is woven throughout our nation’s founding principles and documents.  It is our identity.  It too is woven throughout the nations of Europe. That’s why the sudden marriage of the political elites of the Western Powers and the Gay Rights Movement is so confusing and unsettling for many, on both sides of the ocean. To the political elites it is just a matter of politics and their expansion of power. But to many of the silent majority it is a matter of fundamental principles and it is a fight for our view of our civilization and way of life. A fight that we are not yet ready to surrender. 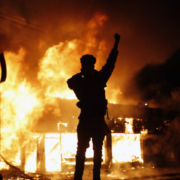 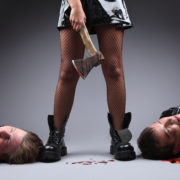 The Radical Gay Agenda Spreads: You Will Be Made To Care.

I can not thank you enough for the articles on your website. I know you set a lot of time and effort into all of them and really hope you know how much I appreciate it. I hope I could do a similar thing for someone else someday.