As the debates over same-sex marriage and the illegal-immigration of Mexicans are visible as lead distractions, there is something troubling that intertwine these issues that’s going unbeknownst to most of the American populace.  From the man who was to be crowned U.S president promised “to fundamentally transform this nation [America]”, things appear to be proceeding to that end.

A couple of things have caught my eye that by themselves may seem innocuous, but combined not so much. A recent Rasmussen Poll shows that only 35% of likely U. S voters believe that the nation is going the right direction. A Pew Research Survey reports that incredibly 30% of American adults under 30 years of age now identify themselves as having no religious affiliation – In the last five years alone, there has been an increase from aprox. 15% to 20% of all adults.  And in 2009 in the Muslim nation of Turkey Mr. Obama proclaimed, as the President of the United States and the representative of the people of America, that, “We [Americans] do not consider ourselves a Christian nation.” Really? Isn’t that something inappropriate for a U.S president to say while on foreign soil?  Or is it just me?

What these three indicators detail is bubbling crisis that is threatening our nation’s fundamental social structure – our basis of belief, values, and identity.  While the majority of us clearly recognize that there is something very wrong with the country, we feel powerless to do anything about it.  Too many of us have become helpless spectators to the most significant dismantling of an empire since Ancient Rome. And in so doing have left the most vulnerable amongst us to the whims of the tide of political and social disorder – the nation’s next generation.

It is said that the greatest trick of the Devil was to make others believe that God never existed.  Would the day come when Americans showing no evidence of the existence of God or morality in their lives, or do not reflect the existence and relevance of the founding documents such as the Constitution in their lives be even more remarkable and stunning?  I would say yes!  And would too say that the He is getting ready to take a bow.

When you have reports of an actual “ex” anti-American terrorist, Bill Ayers, who has actually been allowed to teach as an Illinois State College Professor before thousands of American students, who is a long-time friend and mentor of  Mr. Obama, unabashedly boasts before a crowd that its good that America is on the decline; that the federal government’s regulation and management over the lives of it’s citizens and Americans are at unprecedented levels; and read repeated stories of the increasing disengagement and apathy of many of Americans, in particular the youth, in the affairs of politics and the workings of the government you would have say WTF?.  It is as though someone has spike the air over our nation to cause the incremental dismantling of the nation’s foundations of religious principles, family values, and the strong sense of self-responsibility and self-governance not directly by any foreign force, but by our very own hands.

There is a silent battle for the minds of the young of America in the government schools and through the Media.  The evidence is in full view even for the most passive observer.  It didn’t just began with Mr. O’s claim to “Fundamentally transform America” on the eve of his first election. And it is not just about transforming our economic system, or even our political system, but transforming what we believe in – pride in our history, our traditions, or culture, or belief system – that which makes us what we are.

At a time in which the U.S government is in more than $16 Trillion in debt, is spending more than a Trillion more than in brings in annually, and the Federal Reserve is printing out more than $200 Billion daily, thus further weakening America, Mr. Obama appears to have no serious will or desire to work to correct these critical issues.  But, what he has sought is to be the flag bearer and point man with all the vigor and fortitude of General Sherman through Georgia  to create the notion of “free” healthcare, bring homo-sexuality statutorily on par with heterosexuality, diminish or destroy the traditional American principle of personal responsibility and Christian foundation, and the make America unexceptional.

Irregardless of what Mr. O says, the fruits that his actions and governance has brought forth and ignited upon this once great nation an era of unprecedented government dependence and lack of self-governance, severe resistance to fundamental Christian and American traditions, and the quickening of America’s long-term domestic and international economic value of which may not be quickly, if ever, reversed.

What Mr. O has undoubtedly realized and has come to understand, just as other past historical observers of America, is that America is not great because of our great military, our even financial institutions, but our moral foundation, our Constitutional governance, and our social infrastructure, i.e., our family moral values, that makes us exceptional as a nation of people.  We our morphing into a nation of no societal absolutes, where any action is just simply based on how it makes us feel.  Matters of ethics and right or wrong are irrelevant.  Where 200 plus years of history as a nation which has withstood the test of time and prospered beyond imagination, stubbornly grounded in Judo-Christian principles, has been the shiny light on the hill welcoming nation-people from all over to be free, stood as a nation of laws not men, and believing that one should be able to work hard for what he wants and desire with limited interference from government, is now to be considered to be passé’?.

There is a new norm developing where traditional American moral and social scales are said to be not only wrong, but unjust and almost criminal. But, it is and has always been our nation’s grounded morality that has given us providence. Have we floundered at times?  Of course just as all nations of Man.  As we shall do so again.  But in all of the nations today, what of them would not want to change places given not of decrepit current state, but of our underused and unrealized promise of liberty for all that is the foundation of our nation’s existence?

As for the question of if we are a Christian nation, I say this, in all of my readings of America’s founding I can see nothing speaking to anything but Christianity and “Divine Providence”.  I see no mention of Buddha, Mohammed, Judaism, or any other Prophet or religion as a guiding principle. When I read the Constitution and Declaration of Independence I see no other religion basis other than that of Christendom. And when I visited our nation’s capital all I see are references to the Judo-Christian theology as our nation’s guiding moral principles.  So if it not Christendom that we as a nation are to use as our basis, than what?  Why are we to say that having a stern moral and religious compass is no longer relevant or extreme?

Just as a few great people of our past have taken accounting of the extreme importance of a stern moral grounding such as the nation’s first President George Washington said, “Of all the dispositions and habits which lead to political prosperity, religion and morality are indispensable supports. In vain would that man claim the tribute of patriotism who should labor to subvert these great pillars of human happiness, these firmest prop of the duties of men and citizens. The mere politician, equally with the pious man, ought to respect and to cherish them. A volume could not trace all their connections with private and public felicity. Let it simply be asked: Where is the security for property, for reputation, for life, if the sense of religious obligation desert the oaths which are the instruments of investigation in courts of justice? And let us with caution indulge in the supposition that morality can be maintained without religion. Whatever may be conceded to the influence of refined education on minds of peculiar structure, reason and experience both forbid us to expect that national morality can prevail in exclusion of religious principle… Observe good faith and justice toward all nations. Cultivate peace and harmony with all. Religion and morality enjoin this conduct; and can it be that good policy does not equally enjoin it?”  and as Douglas MacArthur said prophetically, “History fails to record a single precedent in which nations subject to moral decay have not passed into political and economic decline. There has been either a spiritual awakening to overcome the moral lapse, or a progressive deterioration leading to ultimate national disaster.”

Our nation’s history is still being written by us. We can have it tell of how a nation rose to great economic heights by Divine Providence to crash as one with no moral societal absolutes.  We can choose to have it tell of how the oldest and only Constitution that distinctly recognizes Divine authority and governance proclaiming that all men are to have their right to their life, their liberties, and their pursuit of happiness is now irrelevant and immaterial.  We can choose to have it tell of how we were passive witnesses to the destruction of the greatest experiment of human self-governance or of its rebirth. It matters not what Man is called president, Governor, or Senator, the choice is ours – people of America.

Luc Forsyth for BuzzFeed News If its government is immoral, can America be good? 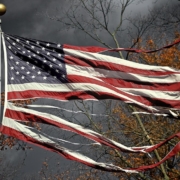 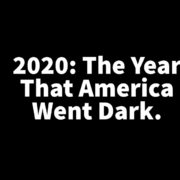 Luc Forsyth for BuzzFeed News If There Was Ever A Coupe Of The U.S Government Would The American People Know?

Luc Forsyth for BuzzFeed News The Radical Gay Agenda Spreads: You Will Be Made To Care.

Luc Forsyth for BuzzFeed News I Don’t Know Of What U.S Constitution and America Obama Was Referring To In His Inaugural Address; Not That Anyone Really Cares. He Does Sound Good Don’t He?.

Is America Prepared to Fight Radical Islamist Chained by Political Correctness... The Benghazi Tragedy Is An Unprecedented Tragedy Of The Lost Of U.S Credibility...
Scroll to top