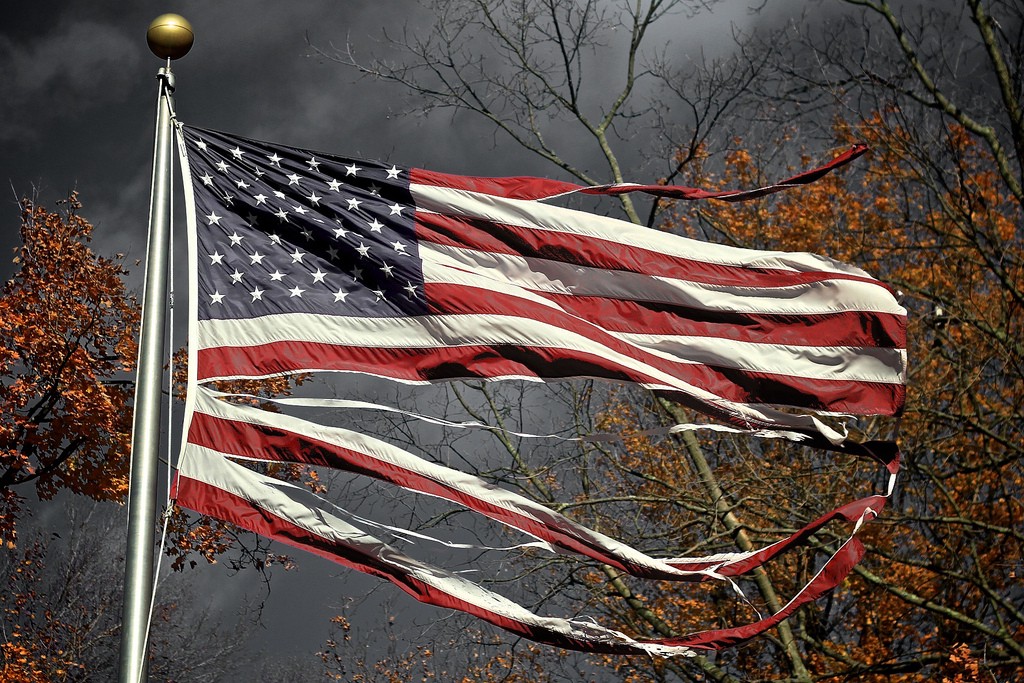 “We are five days away from fundamentally transforming the United States of America”.  Those words still give me the chills.  Many of us remember former U.S president Obama uttering those prophetically haunting words on the eve of his first election victory in 2008.  Many of us may have falsely believed that he was just talking about himself and hoped that the movement ended once his reign ended.  I believe that he was simply stating out loud the beginning of the end of America as many of us, and the world, have come to know it from our great nation’s founding was close at hand, not that he was starting it.

National shutdown due to a mild virus?

The latest version of the coronavirus has come to America.  But unlike its predecessors, SARS [severe acute respiratory syndrome], MERS [Middle East respiratory syndrome], pneumonia, bronchitis, and the common cold, COVID-19 is being used to literally shut down America economically, and much of the world.  What is most interesting to me is that even according to the CDC [Centers for Disease Control and Prevention] rates it’s Stage of severity as mild to greater than 80% of the population.  Huh…. So for greater than 200 years of America’s existence as a nation it has never ever, never, never, never, never ever shut down it’s great economic engine, forced millions of businesses to close, saddle our next generations with 20 TRILLIONS+ in debt, put millions of Americans in the unemployment lines, and cause untold psychological and economic dysfunctions, the United States’ government wakes up after eating cold pizza in March and decides to shut America down in order to fight a virus that seriously affects less than 80% of the population.  WOW!  Just pause and let your mind marinate on that for a tic.

How quickly we turn.

Within a little less than 3 months many Americans have turned into social vigilantes and governmental stool pigeons.  Americans are informing the local law enforcement when their neighbor has a party or gathering that didn’t include them or when a business owner seeks to open up their private business in order to feed their families, for their employees to feed their families, and to circulate dollars into the local economy, without infringing upon anyone else’s rights.  Too many of us covertly give direct aid and assistance to a governmental edict that goes against the very essence of every State Constitution, the Federal Constitution, and the fundamental principle that in America the ultimate power is derived from the people and not the State.

A recent story in theblaze.com tells of a family who recently relocated from New York to Kentucky was being investigated by local government child services agency for “child abuse” due to their going to an area bank to open a joint account where they brought in 5 of the youngest of their 7 children so as not to leave them in the car.  Unfortunately for them, they picked a teller who had a severe Barney Fife complex and sought to berate the couple on how they were not abiding by the State’s “Social Distancing” edict.  After opening their bank account, by the time that they returned home they had State police and social services waiting for them. This crisis of trust amongst each other and common courtesy goes deeper than that.  Those of the politically left persuasion and the impressionable youth group are much more likely to turn their fellow citizen in due to stay-at-home and shutdown infractions than those of the political right and mature age group, according to theblaze.com.  There goes the traditional notion of minding one’s own business and not bearing false witness against thy neighbors, huh.

The hammer of the State.

The mighty hand of an unchained government has come down like the hammer of Thor on freedom-minded Americans in many ways during these past 3 months.  A lone surfer in California was arrested for not abiding by the State’s stay-at-home edict, according to a story in the washingtonexaminer.com.  A SWAT team in Texas was sent in to force the closure of a private business who opened before being given permission by the State.  And the Rhode Island Governor even had uniformed State National Guard, flanked by State police, go door to door looking for New York residents to place them into quarantine. These such incidents are not one-offs. Unfortunately, they are reoccurring with great shocking frequency around the nation, in red, as well as blue States. There is a politically psychological reason why today 24 of the 27 remaining States with some degree of statewide shut down in place are Democrat led.

The government has done a masterful job to convince many of us that it actually makes a difference as which door that we enter going into and out of a store or business even though we will be commingling with those same people once we are inside, for perfectly healthy people to wear a mask on smog free days, and ingrained into our consciousness that sending 1 out of 6 citizens to the unemployment lines and force possibly 15 MILLION + businesses to close without just compensation for the government’s stated benefit of saving one life due to contracting COVID-19 is justified on its say.  It has found it far too easy to push the federal debt levels to heights not seen since World War 2, according to wsj.com, unto the backs of America’s next generations far into the future under the guise of rescuing the nation today from financial ruin that itself created.    Too many of us have been convinced to surrender the most personal property under the guise of safety during this massive scare campaign. Too many of us are begging the government, via commercial partnerships with Big Pharma and stores such as CVS, Walgreens, and Walmart, to surrender personal DNA with COVID testing.  And we have grown too comfortable with interacting with uniformed military personnel that mandated vaccination shots administered by the military is actually being considered by the government.  Something that we would not have done in a less fearful and hysterical environment.  And the nation’s IT complex is teaming up with the government to track citizens via our smart phone apps who may not only have contracted the virus but anyone who may have come in the slightest contact with that person.  Though media reports states that these apps are “voluntary” and just for this “crisis”, as though a company would invest billions into a data-gathering technology for it to be used only for a limited time to be controlled by the end-user.  Really?

I would be willing to bet a dollar to a donut that all of the State’s Constitutions has something close to stating that its first responsibility is to secure the rights and liberties of its citizens, not cancel them.  But unfortunately, far too many Americans are Constitutionally illiterate due to the fact that the government educational system does not teach the Constitution, State or federal, or its tenets nor principles.  And it has used the ignorance of the populous of what our rights and liberties are, that they [the government] have sworn to protect, to impose this national COVID-19 shutdown, a virus that is fatal to less than 20% of the population with near impunity.  But, as Jay Stanley, a senior policy analyst at the American Civil Liberties Union reminds us in a sacbee.com article, “officials have a set of guidelines to follow when it comes to making these decisions — it has to be overwhelmingly in the public interest, rooted in rational, scientific ends and done by the least intrusive means possible. There must also be a mechanism to challenge it.”  But this type of conversation is seemingly not allowed to be spread over the nation’s popular media and information sources.  It is all about blind compliance and the wholesale surrendering of personal liberties and rights by the people.  What we have in our nation is a political crisis. We have a Constitutional literacy crisis.  We do not have a medical crisis.

Yes, when Mr. O talked about the fundamental transformation of America in ’08 he was not stating something that he was starting nor who would control the time of it’s expiration.  The agenda to transform this nation from our fundamental grounding of limited government, self-governed individuals, and the greatest economic marvel in human history has been in effect since its inception, both from without and within our borders.  But today after generations of secularist religious theology being allowed to grow like weeds unchecked in our society and the abolishment of the teachings and reverence for the Constitution and the nation’s founding there may be a sense by the Powers-that-Be that now is the time to go for the coup de grâce. But, we need to remember in times such as these what former president Ronald Reagan said, “Freedom is never more than one generation away from extinction. We didn’t pass it to our children in the bloodstream. It must be fought for, protected, and handed on for them to do the same.” and “If we lose freedom here, there is no place to escape to. This is the last stand on earth.” 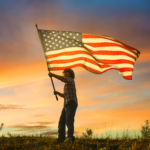 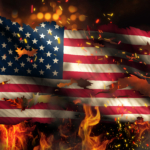 The Senseless Riots That Has Engulfed The Nation Is Further Illustration Of...
Scroll to top