The late former Chairman and CEO of Fox News and Fox Television Stations Roger Ailes prophetically said of the news business, “The news is like a ship. If you take hands off the wheel, it pulls hard to the left.”  Even the most passive observer must find the blatant contrast in the way that the American Media Complex is covering President Trump compared to it’s coverage of President Obama dishonest at best and treacherous at most as it has unabashedly disrobed to solely favor the leftist agenda.  At the same time, it still purports itself as a viable and trusting source for the American people to get their news.

Donald Trump has been in the public eye practically ever since he became a real estate developer in New York City.  By the simple fact that the State of New York has been largely a democrat liberal bastion despite the periods of George Pataki’s reign of Governor and Rudy Giuliani’s reign as New York City’s Mayor, it should come as no surprise that Trump was more than familiar to the Democrat Party and many of its supporters.  And there was no issue of any democrat, whether they were black, white, or any other tone of skin color, having their pictures taken with him, attending his galas or events, and taken his money. It’s not like those people didn’t know Trump’s political beliefs.  Every time he even considered to run for political office, from 1987 until 2015, he never did it under the Democrat banner.

Trump’s great sin for the Democrats came when he announced that he would have a wall built on the country’s southern border to keep people from nations from the south from entering without permission and proper documentation and his opposition to people from war-torn Syria and Muslim-dominant nations who had historically sanctioned terrorism from entering America.  For this Trump has been called a racist, a xenophobe, and everything but a child of God.  From this, he could do no right in the eyes of the Democrat leftist, and by extension their Media accomplices.  What the Media does not want us to remember is that Obama blocked Muslims from coming to America SIX  times, along with every other president from Carter to Trump, according to newsmax.com.  What is even crazier, is that Congressional Democrats voted for 700 miles of a southern wall to be built in ‘06, according to thelibertarianrepublic.com.  This law is what Trump is moving on to build the wall today.  And while Democrats rhetorically claim that today they are opposed to a wall and “calls Trump’s wall plan ‘an immorality’”, they seemingly have had no objection to supporting and having U.S Taxpayer’s money going to build border walls in foreign lands such as Mexico.  But, we all know that when it comes to Democrats and hypocrisy the Media is grossly disinterested.

What the main-stream American Media is unmistakenly proficient in is promoting politically left causes and agendas.  Most famously, Walter Duranty worked for the New York Times in Communist Moscow in the 1930s who praised communism and covered for the Soviet’s starvation and famine in Ukraine – and yet still won the Pulitzers.  The Media has had a record of turning into the 3 Monkeys, Hear No Evil, Speak No Evil, & See No Evil when it comes to leftist Democrats who have become president.  Have you heard about Bill Clinton’s history of siding with Communist Vietnam while his time at Oxford during the Vietnam War? Today he and his wife Hillary are still the darlings of the Establishment Media and the Democrat Party.

But, when it comes to the choreographed Media silence, deflection,  and blackout regarding Mr. Barack Hussein Obama, Jr. it is nothing short of chillingly spectacular.  If you are amazed by the silence of Bill Clinton’s college time at Oxford it is only surpassed by the carpet of silence that has been laid of Obama’s college time at Occidental.  What is, and has been, know by anyone who took the time to look past the wall of Media protection and who had a ounce of courage to be curious about a man who literally came out of nowhere to become president of the United States, is that Obama’s past was ripe with ties to Marxist and Communist from birth.

His story during a more just and honest time when there was separation between the major news sources would have been front-page stories that would not need to be fabricated.  Here are some highlights: Both of Barack’s fathers were from countries that were socialist, Lolo Soetoro was Indonesian and Barack Obama Sr. was Kenyan.   His mother and her family were known to be radically left politically.  He spent his early years in Indonesia, Kenya, and then in Hawaii.  He did not actually come to main-land America until he entered Occidental College. His affiliation and association with known communist and radical extremist were well-known.  Frank Marshall Davis, who was mentioned in Obama’s book “Dreams of my Father” as a mentor was on the FBI’s security index and a member of the Communist Party and Bill Ayers was the head of an American terrorist organization called Weather Underground is whose home Obama started his political career to become one of the most leftist member of the Illinois State Legislature. During his 8 year reign the architect Jonathan Gruber of Obama’s prized legislative victory, Obamacare, admitted that its passage was due to the stupidity of the American people and the purposeful lack of transparency, that was reported by Washington Times in 12/2014.

While as Obama’s State Secretary, Hillary Clinton sold 1/5 of America’s uranium via a company called Uranium One to Communist Russia.  Not before the ink had dried on sale, 4 donations totaling $2.35 million from the Chairman of Uranium One’s family foundation was all of the sudden deposited into the coffers of the Clinton Foundation.  Obama’s half-brother Malik Obama was a member of the terrorist organization the Muslim Brotherhood while it controlled Egypt in the tragic wake of the “Arab Spring”, according to guardianlv.com. And since we’ve mentioned the Arab Spring, lets not forget one of the biggest national travesties to go unresolved – the raid on a U.S Embassy Annex in Benghazi, Lybia by radical Islamist – that led to the deaths of  Ambassador Chris Stevens, who by the way is only the sixth Ambassador ever killed in the line of duty, former Navy Seals who were providing security, Tyrone Woods and Glen Doherty, & State Department computer expert Sean Smith.  By the way, how many of you heard of the successful 2017 raid and capture of a key figure responsible for that attack by U.S Special Forces in Lybia?  The Media wouldn’t want to blast this type of news, as to not shine light on president Trump while it tries to convince the country that Trump is a retrobate and undercover communist who’s working to undermine American/U.S interest and policies and should be held to stand for impeachment and even treason. Really??

How can you tell that the media is attempting to manipulate the you by favoring one political party or politician over another?  Ask yourself the question, Would the Media coverage reaction be any different if it were covering the other guy or member of the other party?  If your honest answer is yes, then good.  But the answer is no, then we have a major problem.  A free society cannot survive when the source of their news and information can’t be trusted.

The American Establishment Media is more than shameful and heinously derelict in its duty to provide the people of America true, honest, and unbiased reporting, particularly when it comes to its political leaders.  Jefferson is given credit for challenging the American people that eternal vigilance is the price of liberty.  But that call to arms should not just be focused on the politicians but also on those in charge of reporting to us their intentions and actions so as to not allow them to deceive or manipulate us.  We have to watch the watchers to keep them in check.  It is the duty of the American people to not take their hands off the wheel to keep the Media steering us straight in order to better ensure a free society not just for us, but our nation’s posterity.

Black-Americans Being Given The Dirty End Of The Stick. Being Replaced By Illegal... 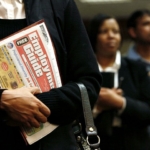 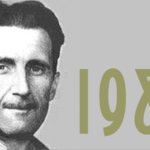