Just as Julius Caesar was surrounded by the likes of Brutus in the Senate chambers of ancient Rome, so it is seemingly more and more apparent that Donald Trump is like surrounded in his White House. Yet another report meant to debilitate the Administration highlights an supposed high-ranking member of the Trump Administration has publicly expressed his rapid rancorous dislike for the man who currently holds the office of the president of the United States.

The lawful election of Donald Trump to the presidency of the United States has sent the Progressive Left and old guard of Washington D.C, of both sides of the aisle, to heights of irrational ideological rage that to refer to them as being off the chain would be mild and a gross understatement. Every day there seems to be something new regarding the supposed severe unfitness of Mr. Trump to be president. The unfounded accusations that his election was illegally aided by the Russians, that he is a puppet of the Russians, that he is mentally unstable, or that literally he has a Ku Klux Klan suit in his closet and has secretly been lashing blacks and minorities and replaying Birth of a Nation in his offices.  We are too also believe that this extremely brilliant and successful businessman, who managed to survive and thrive in New York City since the 1980’s to amass a reported net worth of over $3 Billion, and defeated 17 big money and Establishment-backed Republicans, and the Establishment of the Establishment Democrat in the 2016 Presidential Elections, spending his own money, is all of the sudden to be someone who is infirmed and needs assistance to tie his own shoes and put a sentence together and the devil reincarnated. Really?!

Last week the very politically liberal-minded NY Times published an “anonymous” Op-ed from someone claiming to be “part of the resistance” inside of the Trump Administration.  I like to point out a couple curious issues regarding this piece.  First, the author says, “The root of the problem is the president’s amorality,” the author wrote. “Anyone who works with him knows he is not moored to any discernible first principles that guide his decision making.”  Trump has already admitted in 2015 that he has never asked for forgiveness or repented and sees no need to, as reported in the Christian Post Reporter.  Plus when was the last pure morally grounded politician, less than president? …  I’ll wait.  Second, he starts off his diatribe stating, “We want the administration to succeed and think that many of its policies have already made America safer and more prosperous.”  My question is at this point, What is the problem?  Why not just keep doing whatever it is that “they” are doing to keep the train going in the right direction?  The supposed grievance appears to be purely personal and not business.  Everything that he is bitchin’ about is purely over Trump’s personality, of which the majority of the electorate and the Electoral College took fully into account upon his election.  Btw, the vast majority of Republican voters still favors Trump, and all of his imperfections, vastly more than any Republican president at this stage – even more than the late and great Ronald Reagan.

What gets me, is that though Trump is not the most perfect man ever to be placed in the seat of the presidency of the United States, not by a long shot, I do believe, and the millions who voted for him and still support him, that he truly loves and has great reverence for American values and that of Western Civilization and culture.  You can hear it in his voice when his at rallies, when he’s honoring the military, and you can see it in his actions and policies, unlike the man of the past 8 years who sat in the seat, Mr. Barack Obama.

The only difference between Obama’s Administration and that of Trump’s is that Trump is not a politician, and was not brought up through the ground and groomed to become president.  And so he did not grow political alliances and connections to become part of the “brotherhood” or the “Establishment” to strategically surround himself with.  Mr. Obama was a by all accounts a Socialist/Marxist just by his being raised by a mother, Stanley Ann Dunham, who was so extreme in her leftist beliefs that when she saw signs that her second husband, Lolo Soetoro, showed signs of favoring western culture in Indonesia she quickly shipped young Obama to live the rest of his impressionable life with her parents in Hawaii and to be rightly tutored and influenced in Marxist/socialist ideology by men such as Marshall Frank Davis – who was on the FBI’s Most Wanted List and a member of the Communist Party, and later Saul Alinsky, Jeremiah Wright, and Bill Ayers – from whom’s home Mr. O kicked off his initial State Senate run in 1995 to start his political career.  And if you choose not to find him guilty based on association, a extremely less publicised 2014 Wall Street Journal Op-ed reported, “While at Occidental College, Obama traveled in the same circles as Dr. John Drew, a well known communist activist on campus. Drew says that Obama “was a Marxist-Leninist in his Sophomore year of college….”.  When Obama got into office he smartly surrounded himself with trusted individuals of similar to like-minded ideology such as Rahm Emanuel as his Chief of Staff – for whom they bonded when they were both in the Illinois Legislature; top Advisor Valerie Jarrett – whose step-father Vernon Jarrett and Frank Marshall Davis worked together on the small publicity team of the communist-controlled Packinghouse Workers Union in Chicago; Sr. Advisor David Axelrod – was mentored by David Canter and his family’s Soviet/communist roots were deep and who worked with Frank Marshall Davis in writing communist propaganda for the very same Packinghouse Workers Union in Chi-Town; and strong leftist democrat operative, Eric Holder as Attorney General.  With his defenders in place and the luxury of being black and having the Establishment Media and like-minded politicians deflect any and all criticism, as racially motivated, and his silver tongue and good looks, Obama was like Teflon and protected from serious criticism.  And he is still celebrated highly by the media and the left.  Isn’t it funny that there was not one audible cry for an investigation of O’s very shady associations, political motivations, nor past during the 8 years of his Administration, nor since?  Isn’t it?

Unfortunately for Mr. Trump, his election to the highest political office in the land and his strong support of the majority of Republican electorate, and some of the democrat and liberal electorate as well, is about as welcome as a turd in the swimming pool in the halls of the District of Columbia and the Good Ol’ Boy Establishment network.  He’s not a politician.  He’s the first president since Reagan who is not a graduate of an Ivy League university – he actually worked for a living.  He often has the verbal grace of a rhino in a china store, yet he has been very successful in communicating in order to grow a worldwide business and in speaking to the hearts of many in the country who feel betrayed, marginalized, and left out by the political class. Just as the author of the op-ed admitted, many of Trump’s policies have already made America safer and more prosperous, check the record.  Imagine how much more so it would be with people like this person would put down their knives, accepted that this guy was elected lawfully by a majority of the US citizenry with his imperfections, and gave the president some true support and guidance unselfishly for the good of the Republic?  Just as the assassination of Ceasar sent Rome into chaos and turmoil, the political assassination of a justly elected and highly favored president won’t end any better for the nation nor themselves politically. 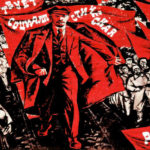 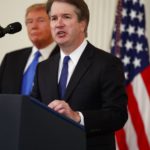 The Public Lynching Of Kavanaugh Is Also An Assassination Of America’s Moral...
Scroll to top