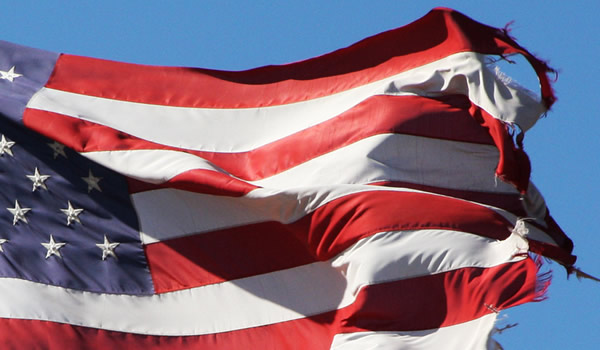 Is it just me, or does it seem as though very few people truly want to be free? Not just in America, but in the countries of Europe as well.  More and more people seemingly want to be ruled and governed by someone or something else, surrender personal responsibility, and allowing someone or something else to determine their success or failure, willfully surrendering their freedoms and liberties.

In 1993 28 nations of Europe literally erased their national borders and identity to become a superstate, the European Union, headquartered in Brussels, by which 19 nations surrendered their national currencies to be under one monetary system, the Euro. But the shot that rung out throughout the European continent on June 23 was that a majority of British Citizens still stubbornly cling to the notion of Britons determing the lives, the destiny, and the politics of Briton, and not some faceless unelected group of politicians thousands of miles beyond the English Channel.

But, the real story is the most troubling. The division amongst those of the British older generation and that of the youth, and those with a formal education and those without, was laid bare for all the world to see1. The younger generation, those under 60 y/o particularly, and those with at least a formal university level education greatly favored to remain having their lives and politics being ruled by a government centered in Brussels, as opposed to those who wanted to regain British independence from European dictates.

I believe that a very similar production of events is set to play out here in America in just a couple of months with the U.S Presidential elections, but with more dire ramifications for the world, no matter the outcome. The presumptive Republican nominee has unapologetically tapped into an emotionally charged mantra, “Make America Great Again.” Alluding to a vow to return the country to the glory of some 60 years past, when the United States and America were in their prime and dominance – politically socially, economically, and internationally. Just as with the Pro-Brexiters, Trump’s main campaign pillar is to stop in the flood of unassimilated low skilled and low educated immigrants into the country that is not being voted on locally, but being dictated by the central government in D.C onto the several states.  And so too, as with Briton, those who are supporting Trump’s message are those over 45 and 60 y/o and without a formal university education2.

But, I believe that the U.S elections have less to do with the two main actors than the audience and supporters that they garner, and future of the ideal of freedom, both as a nation and as individual citizens. Neither candidate is promising less government. Neither candidate subscribes to strict Constitutional principles nor interpretation. Lease of the two is Mrs. Hillary Clinton, the Democrat nominee. She blatantly wants the federal seat to dictate and govern the lives of Americans and U.S Citizens and grotesquely expand the size and reach of the government. Whereas Mr. Trump just believes his version of an over-baring federal government will be better.

The concerning point of both of these pivotal events to me is that no one seems to care that the majority of the youth of the two nations that were founded upon and greatly influenced by the Magna Carta, Great Briton and the United States of America, respectively, a fundamental document protecting the rights and liberties of the individual against the power of the absolute king, or government. A youth population that apparently sees no problem with giving the king, i.e. the government, absolute power over their lives again, in fact they are begging for it.

Former president Ronald Reagan prophetically stated, “Freedom is never more than one generation away from extinction. We didn’t pass it to our children in the bloodstream.”

Due to 60 plus years of federal governmental indoctrination via the it’s control of the nation’s educational systems, in both England and America, has developed in the minds of those without any true reference nor reverence of a time of a less imposing central government influence and a time in which individualism and self-rule were proud and indistinguishable traits of both nation’s people, but in particular for America, the notion that government is good and bigger government is better.  There used to be a time that the very word socialism or communism were repugnant to Americans consciousness without reservation.  But in a recent Gallup Poll, astonishingly 55% of Americans between 18 and 29 y/o favored socialism3. But yet, that same group has a largely favorable view of capitalism, entrepreneurism, free enterprise, and small business; all of which greatly struggles, or dies, under a socialist economic system. As evidenced by the fact that America is less than 300 y/o, founded on capitalism and entrepreneurism, has been out performing economically the whole of Europe, whose societies have been in existence for centuries. It is the belief that Europe could better economically compete with America if they joined into one superstate was the main mantra for the creation of the European Union in the first place. How is that working for them?

But what may not be so surprising is that when a “Millennial” [those born around 1980] is asked to define socialism, they can’t4. The U.S government education system does not teach the differences of the world’s economic system, capitalism, socialism, and communism, as it once did. It certainly doesn’t teach of the superiority of American capitalism over any other economic system.  So is it not the fault of the parents in particular, and those of us who are 40 y/o and older who have willingly abnegated our responsibility to teach the children the differences? I say very much so.

Reagan said it right, freedom is not passed through the bloodstream. It is taught. It cannot be defended nor keep without knowing and understanding the difference between freedom and servitude; Just as a young lion has to be taught the differences between a gazelle and a hyena. And also just as Mr. Reagan most correctly stated regarding freedom, “It must be fought for, protected, and handed on for them to do the same.”

The reason that it seems as though so many of the younger generation, as well as the old, in Briton and more importantly here in America, and that we have reached the point that we have lost reverence for the very ideal of freedom and personal liberty, both young and old, is because we have lost the true knowledge of what being free actually is.  My question is, if we as the older generation cannot, or won’t, teach the younger generation what freedom is, in the country that made the word freedom into an action verb and a noun for the world to aspire to, and men and women have giving their lives for the sake of it, then who will future historians blame?

Are We Truly All Socialist Now: Review Of The First 2016 Democrat Socialist Debate

The Government & Establishment Reaction to Charleston and Orlando Shootings... 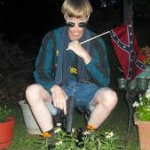