On the eve of the election of United States’ first truly African-American president many Americans and U.S citizens anxiously anticipated a new day for the nation. A more prosperous nation. A nation that was more respected around the world. A more unified nation. But at the least, a happier nation.  A change for the best of our nation.

But as I look around my nation I see the fading shadows of great promise and expectations vanishing to the harsh glaring light. We no longer have the expectations of being exceptional nor of a prosperous future. The nation is more ethnically, socially, sexually, and economically divided. We are morally destitute. We are less wealthy as a nation and the government of the United States is spending money like it has a printing press. Oops! It does have a printing press. America’s traditional friends no longer trust the motives or intentions of the U.S government while our nation’s enemies grow more brazen and threatening in our current prostituted state. What’s most troubling is that while Rome burns all around Caesar Obama seems to be unscathed – clean of any blame by many Americans or citizens of the United States. The Establishment Media dares not speak any ill of him. And many citizens see the nation’s demise as systemic to our construction – free-market oriented and constitutionally based- rather than the fault of the policies of the head of the government, i.e., Mr. O, as they have in the past. He’s the first Teflon President.

A very good argument can be, and has been, made that Mr. O, enabled by the Establishment Media, has used the color of his skin like Thor’s hammer to beat and intimidate his opponents into submission. But let’s imagine if Mr. O was White. We have experienced the Carter and Clinton presidencies. Carter’s name is still mud to many Americans due to the economic carnage that he unleashed upon the nation. And Clinton will go down in history as the president who was impeached and disbarred, supposedly, for not being able to keep his pants up and lying under oath to the American people.

But if Barry – Obama’s birth name – was White, first he would not have received the Nobel Peace Prize barely 5 days into his presidency. [ Just an aside question, if Barry’s birth name was Barry, why did the Birth Certificate presented to us have Barack? I’m just asking.]  I mean Jimmy at least is credited for bringing Egypt and Israel together in peace. We all remember President G.H Bush’s promise to not raise any new taxes – “read my lips”. That was just one fateful utterance that caused him his reelection. But, I don’t have enough fingers or toes to count the many unfulfilled promises of Mr. O. Here are just a few: He promised taxes on the middle-class would not go up under his presidency. Following an unprecedented spike in unemployment after the passage of his “stimulus” package, in which he’d promised employment wouldn’t rise above 7% if it was passed, he promised he would “focus like a laser beam” on the economy to grow jobs. Oops! There goes his reelection hopes. Right?  And he promised that Obama-care if passed would reduce the cost of healthcare, reduce the government’s debt, and not cause anyone to lose their choice of doctors or current coverage. How is that promise working for ya America eh? But let’s not call him out on these such issues because it may be deemed “racist”.

Under Mr. O’s regime there has been a considerable increase on Black on White violence that has received noticeably less vigorous attention from this Administration and it’s Justice Department.  The government’s top cop, Attorney General Eric Holder, made it clear that he would not treat Black on White crimes equally under the law.  And though Mr. O can stop the world from moving in order to involve himself in crime issues when Blacks may be the victim such as the Trayvon Martin case, but in cases when so-called “flash mobs” of primarily young Blacks reek havoc even in his adopted home town of Chicago or even when horrific Black on White violence hits national and international papers, like in the cases of a WWII vet being beaten with flash lights by a couple of Black youths or that of a Australian baseball player killed by  a Black youth just because he was said to been bored, he’s silent and most uninvolved.  But neither of these will be tried as “hate crimes”?  I find it most ironic that the man that’s the head of the party that created the Klan and lynched and terrorized Blacks for generations, who is himself Black, today turns deaf and mute on matters regarding Blacks violently attacking Whites.  And the Media dares to say anything in fear of being called racist and insensitive to Blacks.

As he unmercifully uses all resources of the federal government to bludgeon any city or State that attempts to protect its citizens from the flood of illegal immigrants, particularly those from Mexico, and enforce actual federal immigration and voter laws he’s curiously uninterested in matters of cities and States blatantly breaking federal laws that favor illegal immigrants such as creating sanctuary jurisdictions, such as California and Chicago and San Francisco. As he moves heaven and earth to bestow an abundance of warm kisses with tongue and hugs to the illegal Mexican community, the community for which he got into the dance with, the American-Black community, has been relegated to waiting at the table next to bathroom. The American-Black community has seen its household income drop, standard of living drop, and unemployment rates rise under the regime of supposedly one of their own. I guess 95% plus voting output isn’t valued as much as it once was. At least when Blacks voted nearly 100% Republican up until 1965 we at least got positive results such as the abolishment of slavery, passage of the Civil Rights Acts, and the outlawing of Jim Crow laws in the South. But never mind those were done by mean White men.

Barry has piled on more regulations and debt on the backs of the American people in a time of economic depression that would make Woodrow Wilson and Franklin Roosevelt blush in embarrassment and envious of his success in imposing their anti-prosperous Keynesian Economic principles. This stunningly remarkable feat is being done as Mr. O imitates Sybil and blames the government for the nation’s historic economic ills. Shh…maybe someone should quietly remind Barry that as president…he is the government. When Eisenhower was president he famously stated, “the buck stops here”. He took full responsibility for everything under his presidency. With Mr. O, the buck is exhausted from the lack of rest. But, it’s okay because it’s the fault the White power structure that is not allowing him to make America prosperous. Right? America is failing after some 200 plus years of world economic dominance because our system of free enterprise doesn’t work but only for the wealthy and White people. Right?

But maybe the most important question to ponder is if Barry was not Black but White, would a more critical eye be placed on him by the populace and the Media due to his intimate relations with some of the most extreme leftist and Communist individuals, such as Saul Alinsky, 1960’s extreme leftist organizer, Frank Marshall, a devoted Marxist/Communist who was on the FBI’s Most Wanted List, and his own brother who has prominent ties to the terrorist group the Muslim Brotherhood? Some may began question the true motivations of many, if not all, of Mr. O’s motives and actions in the Middle East, particular regarding Egypt, Libya, and now Syria, that has benefited the radical Islamist sec. I know that Jimmy got a couple of military men killed during the raid to rescue the Americans at the embassy in Iran and Reagan got a couple hundred Marines killed in Lebanon. But, Barry has set with what used to be a rather tranquil area of the world a blazed with no noticeable intent to make it more favorable to America’s national or international interest on the side of people so extreme that they where feared by most Arab nations, such as Egypt, Libya, Iran, and Syria. And barely a peep is heard in questioning this man who sits in the most powerful position in the world because no one wants to dare be called or viewed “racist”.  Simply insane!

It is said that, that which is true in the light, so shall it be in the darkness.  But, we must first seek truth in ourselves and then seek it from others.  We can not be afraid to question with boldness the intentions and motives of those who lead.  At the end of the day, it comes down to the responsibility of the citizenry to be eternally vigilant over those in the position of political power and measure them on their actions and content of their character, not what they say, how good they may say it, nor the color of their skin in which they say it.  Mr. O rose to his position promising change. But from what, to what, and more importantly why? His mentor Saul Alinsky said of change, “Change is brought about through relentless agitation and “trouble making” of a kind that radically disrupts society as it is.” View his actions. Can we truly say that his kind of change was what this nation needed? Can the nation rebuild after his carnage? 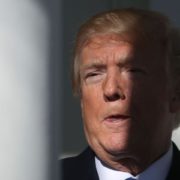