Due to COVID-19 or the U.S Government? 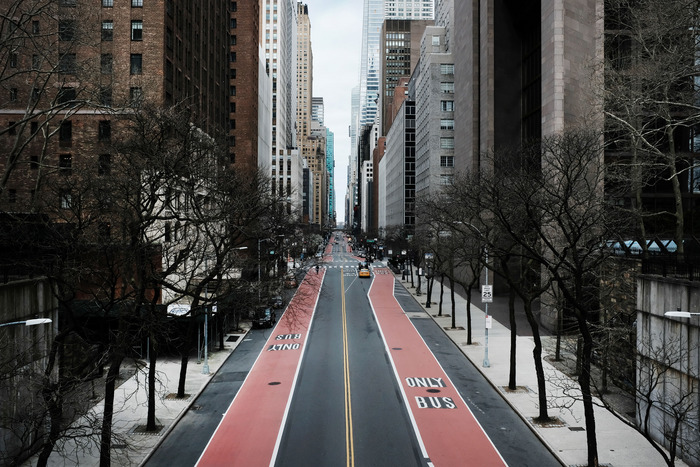 Abraham Lincoln prophetically said, “If destruction be our lot we must ourselves be its author and finisher. As a nation of freemen we must live through all time or die by suicide.”  A very good argument can be made that we have long crossed the Rubicon many years past on this measure.  But these past week’s actions by the United States government and the naked acquiescence of it’s actions by the populace may be the final conclusive evidence that we as a nation have been willing, though maybe ignorantly so, instruments on our own economic and social demise, via the policies of the U.S government under the guise of combating  SARS-CoV-2/COVID-19, commonly known as CoronaVirus.

In December of last year in Wuhan, Central China COVID-19 was identified as the latest Coronavirus place of origin. As of today approx. 3265 people out of approx. 1.428 BILLION people have died from it in China. The percentage of 3265 of 1,400,000,000 equates to approx. 2.286% of China’s population.  On January 19 of this year a 35-year-old Chinese man at an urgent care clinic in Snohomish County, Washington was diagnosed as having COVID-19 after returning from visiting his family in Wuhan.  A March 10th report in usnews.com that top companies such as Carnival Cruise Lines, United Airlines, and Wynn resorts had taken a severe economic hit of some 50%-near 90% due to virus fears.  On March 12th a Utah Jazz NBA player Rudy Gobert was diagnosed as having COVID-19 just before the team was to play the Oklahoma City Thunder.  This immediately led to the “suspension” of not just the entire remainder of the NBA season, but the cession of ALL American pro sports.  And after just 1600 reported case infections and 38 deaths nationwide washingtonpost.com reported that the entire NCAA Basketball Tournament, that Walt Disney had closed all of its theme parks, that several States had closed schools nationwide, and that The White House, U.S. Capitol, and Pentagon had ended tours.  The next day president Trump declared a national emergency over the now official pandemic of COVID-19. On March 19th the eater.com reported that dining in spots in 15 States had been ordered closed by their governors. And many cities followed suit. On the 21st edweek.org reported at least 118,000 U.S. public and private schools are closed, are scheduled to close, or were closed and later reopened, affecting at least 53.8 million school students. Marketwatch.com on March 22 reported, “The Dow has shed a staggering 6,235 points, or 24.54%, in March so far, which has dragged the stock index down to its lowest level since December of 2016. The percentage drop so far ranks as its second-worst in history after the 30.7% monthly skid in September of 1931, when the unemployment rate was at a lofty 15.9%.”  The Fed is looking to make the Quantitative Easing Program of the 2007 financial crisis look like your child’s weekly allowance by pumping TRILLIONS of Dollars unlimited into the markets. At the same time, the Congress is looking to pass an additional Trillion plus Dollar “stimulus” bill.  But yet as the entire sports world has literally shut down, many industries have either closed, suspended, or greatly reduced business due to social panic and or governmental edict, the U.S Congress is opened, no matter how many of it’s members are diagnosed with the virus, making laws that increases its control over the nation and the American people and citizens of the United States.  All of this unprecedented economic calamity is due to a grand total of 417, out of approx. 328 million, people dying from COVID-19 nationwide – that comes to approx. 1.271% of the country’s population.  This coupled with the continuous bombardment by the nation’s News Media Complex without any context that we are all going to die if we simply walk near another person has I fear caused irreparable harm to the societal psyche of the American people.  Though no one wants another to die and any number of life lost needlessly is too high,  but the lack of applying a high degree of person responsibility, objective viewing of the situation by the National Media, and the governmental officials politicization the situation in an election year is nothing more than stunning and intellectually repugnant.

Rahm Emanuel, former White House Chief of Staff for president Barrack Obama, once said, “You never let a serious crisis go to waste. And what I mean by that it’s an opportunity to do things you think you could not do before.”  Throughout the history of this great nation during times of crisis and heightened levels of emotional fear and anxiety has been when of the personal freedoms and liberties have been surrendered by the people of America to the government of the United States that allowed it to greatly expands its power and size more than would have occurred during times of calm and peace such as President Lincoln suspending Habeus Corpus during the War Between the States, Americans allowing for the Graduated Income Tax during World War 2 under President F.D.R, and more recently the imposition of the PATRIOT Act under president G.W Bush after the demolition of the World Trade Towers on 9/11.

How many PSA’s [Public Service Announcements] have you seen or heard by the government on how we should all remain calm?  How we should practice high degrees of personal responsibility?  Discouraging frivolous lawsuits by people who may become infected due to ordinary contact?  Illustrated how we as a nation have gotten through this type of virus pandemic before? or How to improve our health and improve our immune system to better combat the virus? or How this will all be over soon?  How about the national Media? … I’ll wait….

The fact is that coronaviruses are not anything new.  This particular one may be new at this time.  But coronaviruses were discovered in the 1960’s.   And all of them have faded away in a relatively short time and quickly forgotten.  What is making this case so extraordinary is the mass hysteria by the 24 hour national Media dragging the government to present this as though it is the plague causing the people to react in blind irrational fear, like stocking up on months worth of toilet paper.  The fact is that the Spanish Flu of 1918, that’s long before 24 hr News Media and before Americans become hooked on the government immediately rescuing them, is the deadliest to date.  It took out approx. 50 MILLION people worldwide and 675,000 nationally.  It lasted a little over a year.  It had no vaccine nor treatments available.  In 2009 we had the H1N1 flu [the Swine Flu] pandemic hit.  It claimed approx. 284,000 lives worldwide, 12,469 nationally.  Within 8 months we had a vaccine.  And 8 months later it had passed.  And then there is the seasonal flu.  Do you remember any of these?  It has become so common that we barely pause to think about it, less than stop national commerce.  It takes out anywhere between approx. 291,000 – 646,000 annually worldwide and 12,000 – 61,000 nationally. And we have treatments for it.  Whereas COVID-19 to date has claimed approx. just 15,374 lives worldwide and 471 nationally and we are severely crippling this nation socially and economically to an unknown degree. These numbers and facts and reaction just do not add up for me.   Someone has to explain it better for me.  Do they make sense for you?

The right questions are not being asked.

Uncertainty for the future is not good for Wall Street nor Main Street. The measures that have and are being imposed by the government in a “proactive” measure and that are largely based on theory are wreaking havoc on the American economy more than the actual virus itself.  Even the most passive observer must ask the question, if this was not an election year and the political climate was more like the ’90s would this be happening so aggressively with such abandonment of reason?  Actions seemingly are being put into motion largely by the government, locally and at the federal level, without any public debate, questioning, or thought of the reaction or consequences – short-term or long-term – to the national economy and psyche growing on an expanding and growing wave of fear and conformity to not question the actions or motives of the collective or popular notion.  Could we had taken another path that didn’t heighten public fears of infinite isolation?  could we have taken this time to encourage greater self-responsibility over personal health choices? and Could we have not encouraged a feeding opportunity for government expanding power and size that will end up costing future generations in personal freedoms and liberties and economic treasure?

The American people’s spirit will and can achieve some amazing things if given honest information and support from the federal government, i.e., it gets out of the way.  The question is, has the 60 plus years of the Progressive Left’s creation of the “Nanny State” succeeded in neutering or suppressing the desire to do so?  Future historians may look back at this event as the final one that took out this great nation, with all of its promise of even more greatness as free people, and fundamentally change it into a nation that it was never intended to become. 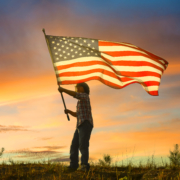 The Radical Gay Agenda Spreads: You Will Be Made To Care.